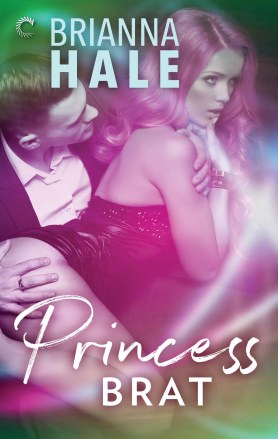 When father’s away, with Daddy Dom she’ll play.

Throwing tantrums may be childish behavior, but it’s the only way Adrienne Westley feels she can be heard. In the middle of a tabloid scandal, her father cares more about his career than the threats to his mouthy daughter. So when bodyguard Dieter Vanderbroeck enters her home she’s shocked by his dominant presence.

Try as she might to defy him, Dieter doesn’t give in to her bratty attitude. Instead, he challenges it with a commanding voice and a firm hand. His authoritative tone calls to a part of Adrienne that she’s long kept hidden–and as Dieter begins to unravel her submissive nature, it becomes harder and harder to keep things professional.

Adrienne’s about to find out just where bratty little girls go: over Daddy’s knee. Because he no longer wants to be just her bodyguard, he wants to be her Daddy Dom.